Infraction Expungement, Can This be Done? 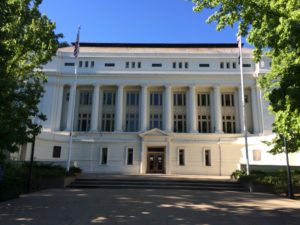 Infraction expungement is possible, with the exception of most traffic infractions (like speeding tickets).  This means for example that if you were cited for being a minor in possession of alcohol as an infraction, or for shoplifting as an infraction, you could get that infraction expunged.  An expungement doesn’t completely remove the information from your record, however, it will change the record from “convicted on a plea of guilty” to “dismissed pursuant to Penal Code section 1203.4a” for example.

Getting an infraction expungement may seem like a waste of time and money to some, but for others, the ability to answer truthfully on most job applications that the person has never been convicted of a crime (even an infraction) makes it worthwhile.  That’s right, if you get your infraction case dismissed pursuant to Penal Code section 1203.4a (infraction expungement), for nearly all private employers and many public employers, you will be able to answer that you have never been convicted of that infraction.  There are jobs that will still require disclosure, like for example, applying to be a police officer.  However, for the majority of employers, they will not be able to even consider your expunged crime in the hiring process as they are statutorily prohibited from doing so under California Labor Code section 432.7.

The statute for this kind of California expungement is as follows: Penal Code section 1203.4a

(a) Every defendant convicted of a misdemeanor and not granted probation, and every defendant convicted of an infraction shall, at any time after the lapse of one year from the date of pronouncement of judgment, if he or she has fully complied with and performed the sentence of the court, is not then serving a sentence for any offense and is not under charge of commission of any crime, and has, since the pronouncement of judgment, lived an honest and upright life and has conformed to and obeyed the laws of the land, be permitted by the court to withdraw his or her plea of guilty or nolo contendere and enter a plea of not guilty; or if he or she has been convicted after a plea of not guilty, the court shall set aside the verdict of guilty; and in either case the court shall thereupon dismiss the accusatory pleading against the defendant, who shall thereafter be released from all penalties and disabilities resulting from the offense of which he or she has been convicted, except as provided in Chapter 3 (commencing with Section 29900) of Division 9 of Title 4 of Part 6 of this code or Section 13555 of the Vehicle Code.

(b) If a defendant does not satisfy all the requirements of subdivision (a), after a lapse of one year from the date of pronouncement of judgment, a court, in its discretion and in the interests of justice, may grant the relief available pursuant to subdivision (a) to a defendant convicted of an infraction, or of a misdemeanor and not granted probation, or both, if he or she has fully complied with and performed the sentence of the court, is not then serving a sentence for any offense, and is not under charge of commission of any crime.

There are some requirements to be eligible, but the process of getting an infraction expungement is usually a much less burdensome process than for most misdemeanors and felonies.