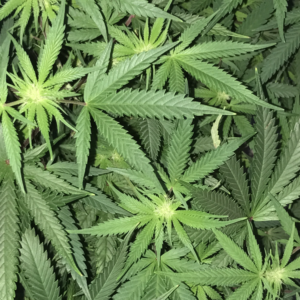 Prior to the passage of Prop 64, many marijuana crimes were classified as felonies and misdemeanors.  Under the new laws put into place after the passage of Prop 64 by California voters, many of these prior felony and misdemeanor crimes are now reclassified as misdemeanors and infractions.  Some crimes, like simple possession of less than an ounce of marijuana, which used to be an infraction in some cases, are now legal.  Why should you care?

If you suffered a conviction for a marijuana crime prior to Prop 64, there is now a legal mechanism that allows you or your attorney to petition the court to resentence you, reclassify and reduce your crime to a lesser classification (for example from a felony to a misdemeanor), and in some cases remove, seal and destroy the record of conviction.  This relief is not available for every type of marijuana conviction, however, many types of convictions can be reduced, dismissed, or sealed.

Here are some examples of what I’m talking about:

1. You were convicted of a felony for selling marijuana in the year 2015 under Health and Safety Code 11360.  Upon the passage of Prop 64, that crime was reclassified as a misdemeanor.  Prop 64 would now allow you to go back to the court and request to have your conviction reduced to a misdemeanor because if you were convicted today of that same crime, it would be considered a misdemeanor.

2. You were convicted of simple possession of 6 grams of marijuana bud (under an ounce) in year 2013.  Under new marijuana law, the same conduct (simple possession of 6 grams of bud) is now legal (in many circumstances).  Prop 64 would allow you to petition the court to expunge and seal your record.  In other words, because what you were convicted of back then is no longer a crime, Prop 64 allows the court to go back and look at your case as if you were charged today for the same conduct back then.

What are the benefits of Prop 64?

Well, that depends on what, if any relief you’re entitled to.  If you can get your felony reduced to a misdemeanor, you can truthfully say you’ve never been convicted of a felony.  A felony on your record can make obtaining employment more difficult or impossible.  A misdemeanor always looks better on a job application than a felony.  Similarly, if you can get your misdemeanor reduced to an infraction, much better for the same reasons above.  Lastly, if you suffered a misdemeanor or infraction conviction for something that is no longer a crime and can get the conviction expunged and the record of conviction sealed, it’s as if it never happened for almost all purposes.

Prop 64 Is Available to Many People, But Not Everyone…

Of course, as stated above, and as in most things legal, there are caveats, exceptions, and little details that can still prevent a person from receiving this Prop 64 relief.  For many, the reduction, dismissal etc., is very straightforward and you may be entitled (as in, the court must grant your request) to the relief sought.  If you’re interested in the possibility of having your felony reduced to a misdemeanor, your misdemeanor reduced to an infraction, your misdemeanor/ infraction expunged and sealed, or being resentenced to lesser punishment, you should contact an attorney for a case-specific eligibility check.

*This article is not a substitute for speaking with an experienced attorney and is not intended to be legal advice – it does not create an attorney – client relationship.  This article is for general information only, and because laws frequently change, the information contained herein may no longer be current and accurate.